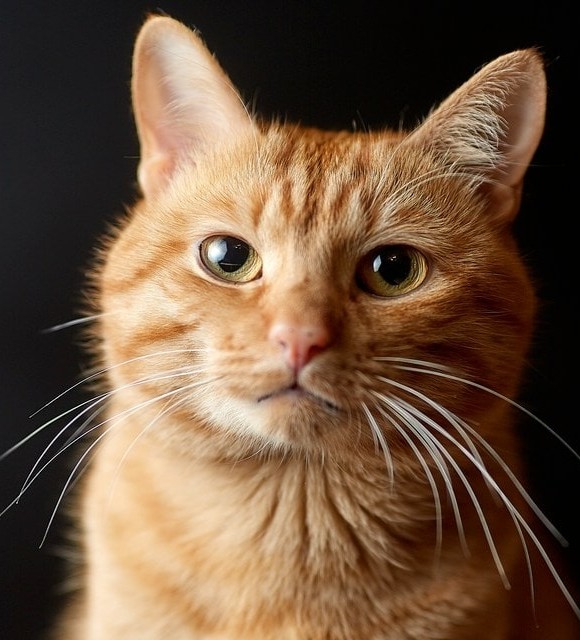 Like humans, cats also have an endocannabinoid system, hence the presence of endocannabinoid receptors. This means that CBD could indeed act on their bodies. So, is it possible that CBD oil relieves pain in cats? We will discuss this further in the rest of this essay.

Relief of pain and reduction of swelling

Pain and swelling are generally under the control of the vanilloid receptor. In both humans and cats, this receptor is located within the brain. At this level, CBD oil can absolutely participate in pain relief and also in the reduction of inflammation, as the main target of the latter is this receptor. Once ingested into the body, the enzymes contained in the oil ensure that this receptor is not activated. This is because if it is not, the vanilloid receptor will no longer be able to send signals associated with pain and swelling to other parts of the body. Over time, the painful parts of your cat's body will begin to disappear on their own.

Pain causes cats to be aggressive

Aggression commonly seen in cats is considered unwanted and threatening behaviour. It is vitally important that you know that it exists. However, in the majority of cases, this aggressive behaviour is composed of several other behaviours such as emotion, body language. This can be caused by hyperthyroidism, arthritis, epilepsy and several other ailments that cause discomfort in cats.

Also, CBD oil for cats can be a very effective solution to counter this phenomenon of aggression. Indeed, the latter participates in the reduction of pain and irritability generally generated by many conditions. Thanks to its calming effect, accompanied by its inflammatory properties, CBD oil considerably reduces the intensity of aggression in cats. 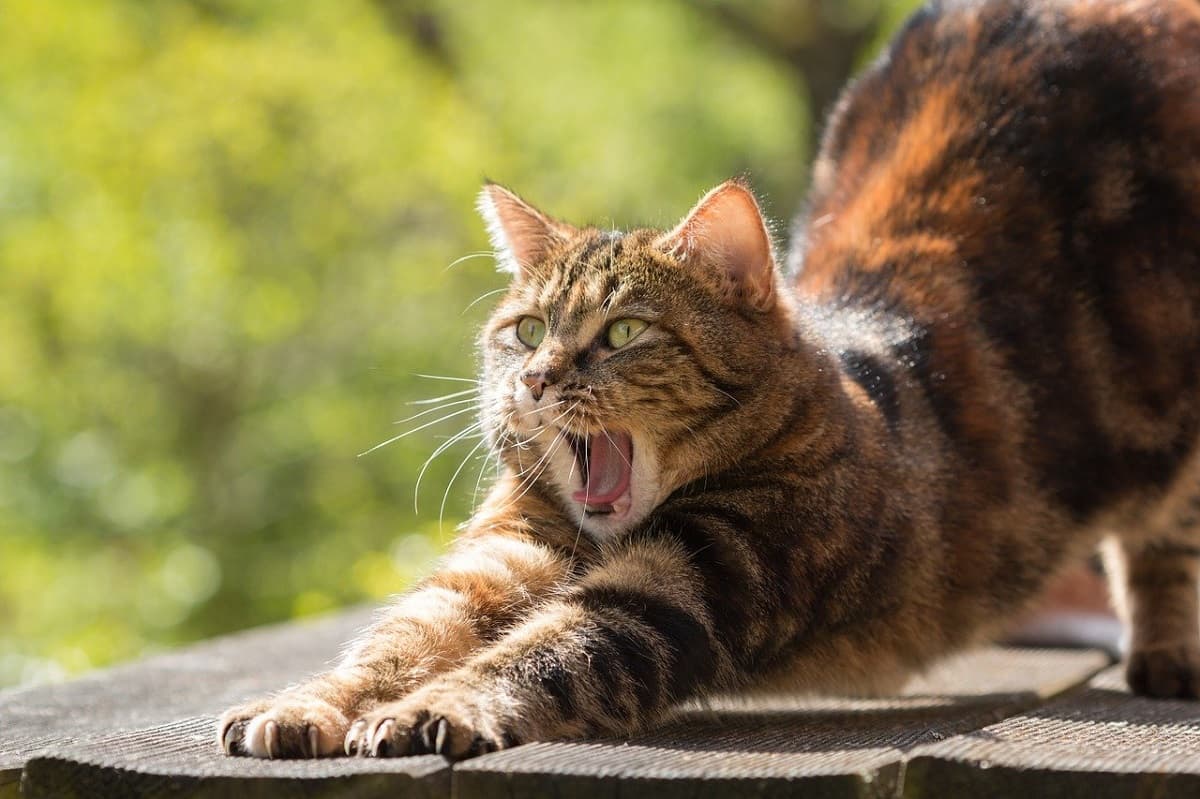 Have you noticed that your pet lacks energy, has a poor appetite or is feeling weak? The solution is very simple, just refer to CBD oil. CBD oil is very effective and is known to guarantee relief from these symptoms. According to research carried out by specialists, it should be noted that CBD can be a good initiative in the treatment of kidney diseases. Because thanks to their therapeutic properties, they participate in the reduction of chronic neuropathic pain.

Based on what the American Veterinary Medical Association says, it should be noted that the lower urinary tract disease seen in cats specifically affects the urethra and bladder of the cat. Symptoms typically seen in this disease include:

In addition, if you notice that your dog has unusual behaviours then it is specifically recommended that you seek veterinary advice quickly. This may include, for example, urinating outside the litter box or excessive licking of the genitals. Indeed, the most common causes of urinary tract disease in cats are exactly the same as in humans. These include infection, inflammation, bladder stones and many others.

Also, CBD oil designed specifically for cats impeccably relieves the pain caused by this disease, not to mention the inflammatory symptoms it generates as well. Based on the studies carried out by CBD professionals, it should be noted that this substance effectively counteracts the effects of inflammation. In principle, it has an immunosuppressive effect on macrophages and any other microglial cells responsible for inflammation. In this way, the molecules in CBD oil significantly reduce chronic inflammatory pain associated with inflammation by proceeding to activate glycine receptors in cats.

Also, if you want to have premium quality CBD products for cats, then you can trust us.

How much CBD oil can you give your cat? 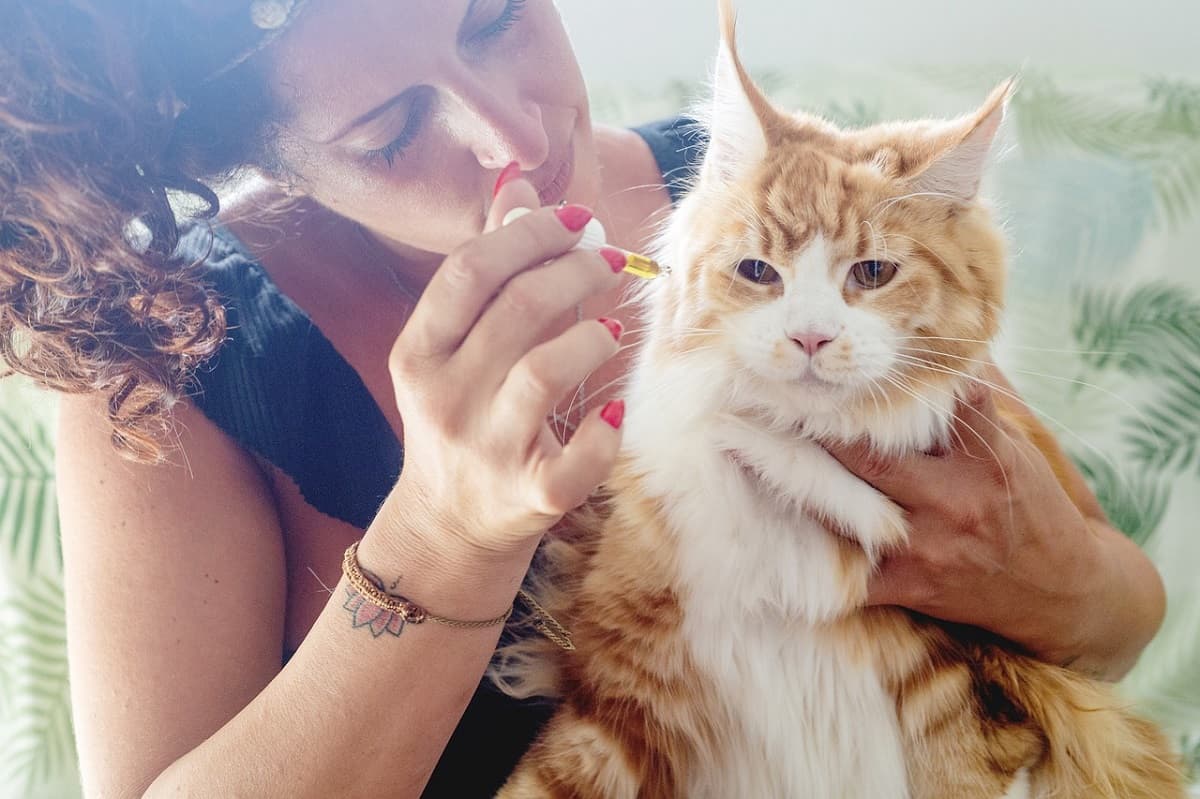 If you want to introduce CBD oil for cats into your pet's diet, then you're going to have to go slowly. In particular, it is not advisable to rush the process and administer a considerable amount right from the start. However, the recommendation is to gradually introduce the oil into the diet. In this way, your pet could fully enjoy many of the benefits associated with using CBD oil without experiencing any side effects.

Is it possible to use CBD oil to combat anxiety and depression?

Depression and anxiety are considered to be infections brought on by a hormonal imbalance in the brain. Although the victims of these illnesses are usually men, the reality is that cats can also develop the associated symptoms. In this respect, the use of CBD could counteract the effects of this disease and reduce its symptoms in cats as much as possible. Indeed, CBD oil helps to rebalance the animal by bringing its hormones back to normal. In the same way, CBD oil for cats also contributes to the stimulation of the adenosine and serotonin receptors located in the cat's brain. Likewise, it helps her pets to be in a good mood.