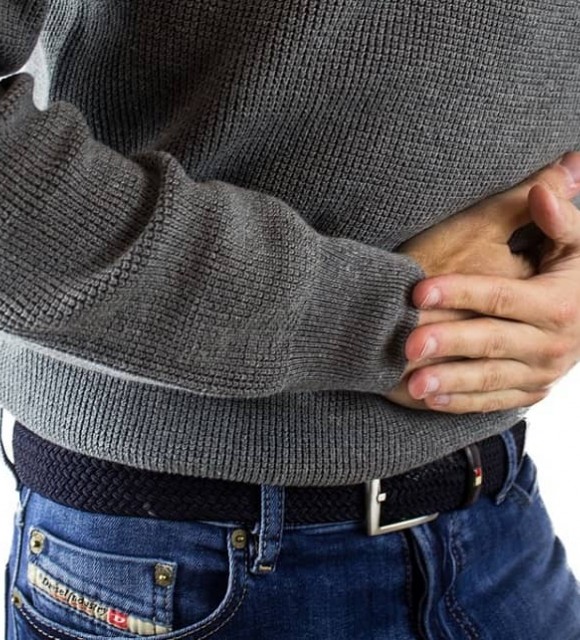 Hepatic steatosis is a disease characterised by the abnormal accumulation of triglycerides in the liver cells. It is generally benign and has no apparent symptoms, except for occasional fatigue or mild abdominal cramps. However, this condition can lead to much more serious ones if left untreated.

The question of cannabis use in relation to hepatic steatosis has been asked many times and studied for quite some time. Yet, it remains unclear what science has to say. Does cannabis influence hepatic steatosis? If so, is it positive or negative? This is what we will see through this article.

Hepatic steatosis and the issue of cannabis

Let's start by discussing the disease of fatty liver in more detail. This is a pathology that can be caused by excessive consumption of alcoholic beverages, but not only. Obesity is indeed a key factor in the development of hepatic steatosis. This is evidenced by the fact that it is very common in countries with high obesity rates. For example, as many as one-third of the US population have hepatic steatosis.

The fact is that while this disease does not manifest particularly dangerous symptoms, its neglect can, as we have pointed out, induce other far more dangerous pathologies, such as cirrhosis, liver cancer, or even fibrosis.

Therefore, it is still important to treat hepatic steatosis, but there are currently no drugs that can do this. The only solution is to lose weight and improve one's dietary hygiene. However, a substance is proposed by some scientists, which is none other than cannabis.

Cannabis, friend of the liver?

The links between cannabis use and liver health began to be established on the basis of simple stereotypes. Indeed, it was a widespread idea that cannabis users did not put on weight despite rather high-calorie diets, and above all, that they did not contract liver disease, despite consistent alcohol consumption for some.

Scientific studies have been carried out on the effects of cannabis on the liver.

Scientific studies have been conducted to confirm or refute these rumours, and Professor Terence Bukong's findings have been surprising, to say the least. Studying the medical records of over 320,000 individuals, the results showed that alcohol consumption combined with cannabis reduced the chances of developing hepatitis by 40%, compared to alcohol consumption alone. It's hard to say whether cannabis has anything to do with it, as correlation is not causation, but the science is worth looking at more closely.

Be aware, for people with Hepatitis C

There have been other studies on the subject before Professor Bukong that point in the same direction. One example is this report from the National Health Service (NHS), the British health system, which in 2010 claimed through studies that cannabinoids had a positive role in the treatment of hepatic steatosis.

This is because cannabinoids have been shown to have a positive effect on the treatment of hepatitis C.

Stimulation of C1 and B1 receptors appeared to induce a decrease in triglyceride levels, particularly in the liver. However, in one particular respect, this study provides information missing from Terence Bukong's research, namely that cannabis inhalation has exactly the opposite effect in people with hepatitis C. Correlations have been found between cannabis use and worsening of hepatitis C, but for unknown reasons. More research is indeed needed before the influence of cannabis on this condition can be confirmed, but caution is warranted in the meantime. 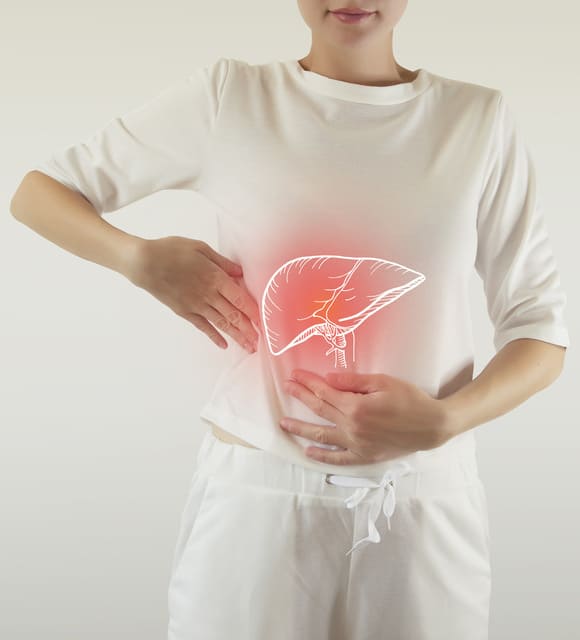 What substances in cannabis act on hepatic steatosis?

As you may know, cannabis is a substance that contains a huge amount of chemical agents, over 400 to be precise. The question that arose was which one or one had a positive action in treating hepatic steatosis. To answer this, let's go back to the research of our professor, Terence Bukong.

He researched the impact of cannabis on liver cells by altering the levels of certain substances to see which formula would work best. The data shows that the results are more conclusive with higher levels of CBD and lower levels of THC.

This is a good example of how to use cannabis in a healthy way.

CBD refers to cannabidiol, a substance known for its anti-inflammatory properties, while THC is responsible for the psychoactive effect of cannabis. According to Terence Bukong, it would be best to consume cannabis with a balanced ratio of CBD and THC.

CBD oil can be used for the treatment of hepatic steatosis.

CBD oil has been experiencing a surge in popularity for some time. Touted for its many virtues, particularly therapeutic ones, CBD is a natural substance that is packed with health benefits.

CBD oil is obtained from the cannabis plant, from which the cannabidiol is extracted, trying as much as possible to isolate it from the other constituent elements of the plant. For this product to be sold legally, the THC content must be minimal, as it is illegal due to the psychoactive effects it causes. Thus, in the European Union, bottles of CBD oil must contain a maximum of 0.2% THC. 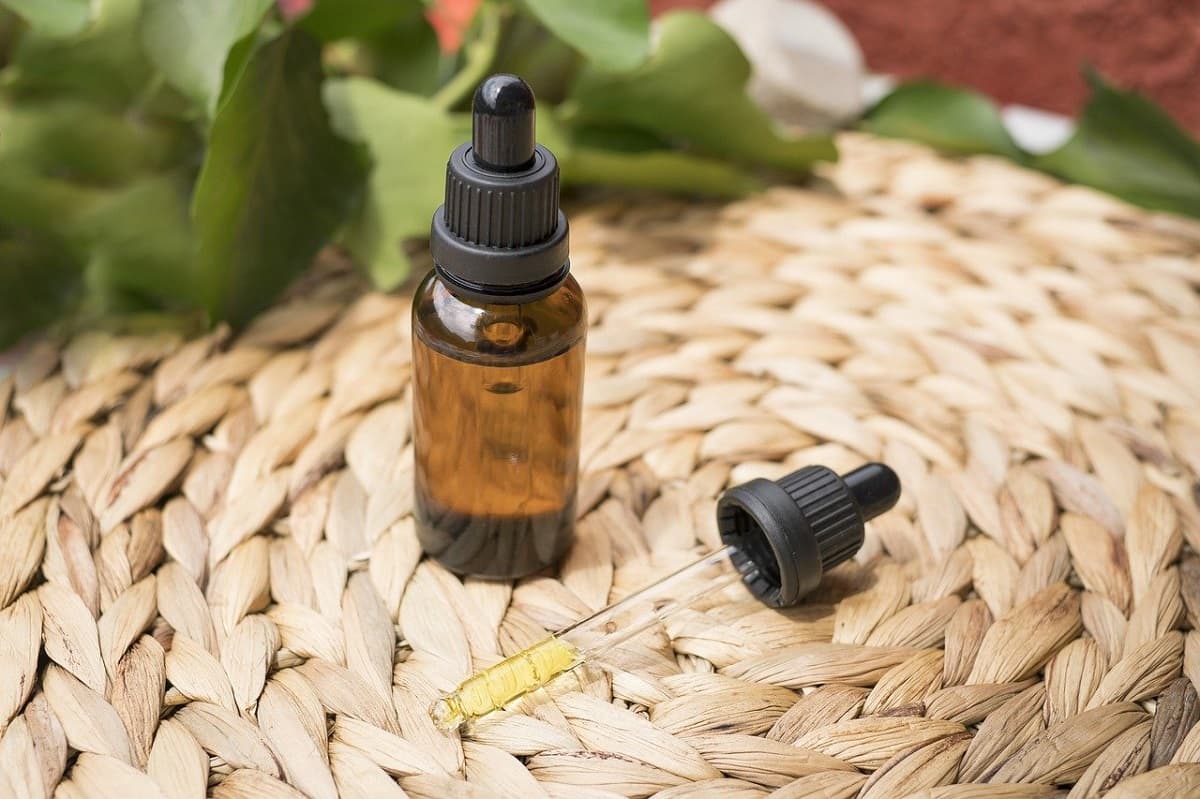 To answer the question of the use of CBD oil in the treatment of hepatic steatosis, let's go back to Professor Bukong's work. He noted a positive effect when CBD and THC work in synergy, preferably with a high ratio in favour of cannabidiol. However, with a THC content of 0.2% or less, the substance is almost non-existent and has no effect. Therefore, CBD acts on its own, which is not beneficial when used to treat or alleviate hepatic steatosis.

Can CBD be toxic to the liver?

Critics of the substance use a scientific study on mice, who were given different doses of CBD oil to see the effects on the liver. It turned out that at certain doses, the mice became ill or even died at the highest doses (up to 615 mg/kg).

In reality, these were totally disproportionate doses; if proportionate doses were given to humans, that would be 5473 mg of CBD oil for a 90kg man (and that's for the lowest dose, which, remember, did not affect the mice). This is equivalent to consuming 11 bottles of 10mg at 5% in one day, an absolutely untenable amount. CBD is absolutely not dangerous for the liver, and you can continue consuming it with peace of mind.