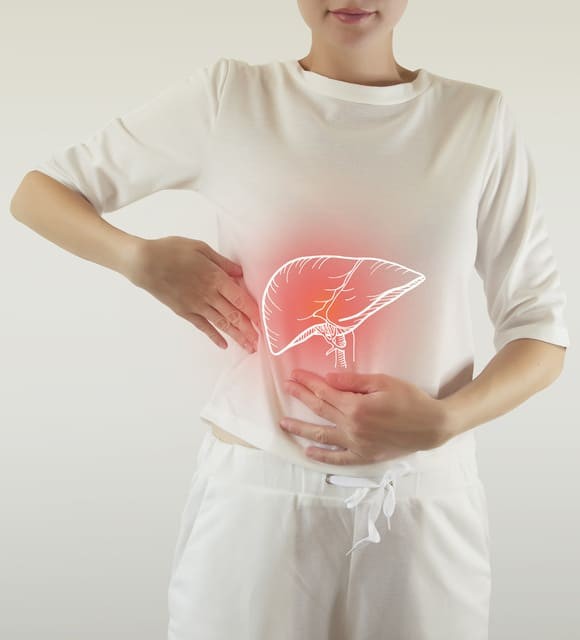 What role does CBD play in liver disease?

Hepatic steatosis is considered a long-term chronic disease. Today, many people suffer from it because their livers are dysfunctional or inflamed. Among the few treatments to cure this disease, CBD is one of them. How to use CBD to cure this disease?

THE USE OF CBD IN THE TREATMENT OF HEPATIC STEATOSIS

In recent years, there have been several reports regarding the use of marijuana. Indeed, all of these reports mention that the vast majority of users of this product do not suffer from diabetes, obesity and metabolic syndrome (these are the key factors favoring the triggering of hepatic steatosis). This finding became increasingly interesting when some researchers began to compare the diets of cannabis users with those of non-users. In general, cannabis users eat more junk food, alcohol, and soft drinks than non-users. This diet adopted by cannabis users shows a lower incidence of metabolic diseases. Therefore, the researchers concluded that CBD oil and marijuana would be ideal ways to prevent or treat hepatic steatosis. On this idea, many studies have been conducted on the effects of CBD to cure this disease. All of its studies have come to the same conclusion: the odds of developing the disease of hepatic steatosis remain lower in active CBD users.

To understand how cannabis works in the body, one must consider the role of the endocannabinoid system in the liver. That is, the latter fights enormously against the development of hepatic steatosis.

The endocannabinoid system is a key component of the liver.

Beforehand, it should be stated that the endocannabinoid system occurs in all mammals without exception. It is precisely a receptor system that is responsible for regulating the number of human homeostatic control mechanisms. It has only two main receptors: CB1 and CB2. In simple language, it should be remembered that the endocannabinoid system ensures the control and balance of various organs in the body.

Moreover, with the intervention of CBD, the activity becomes more and more intense. Being a CB1 and CB2 receptor agonist-antagonist, CBD takes care of blocking the endocannabinoid receptor-detrimental compounds in the liver to the maximum. It also limits the endocannabinoid system by establishing a perfect balance in this system itself. This is so that the latter does not function in excess. This means that cannabis is an equalizer of the system that balances the human organism. In doing so, CBD effectively protects the body from many diseases, including hepatic steatosis. Likewise, it allows the body to better resist and be much more effective in healing this disease.

In addition, it should be noted that the action of CBD does not only prevent fatty liver disease. It strongly hinders the onset of this gene and will also offer the time needed for the body to adapt to lifestyle habits.

WHAT IS THE USE OF CBD OIL TO GUARANTEE THE PREVENTION AND MITIGATION OF FATTY LIVER DISEASE?

Being competent to treat diseases like old age, Alzheimer's disease, stroke, anorexia and others, it is of paramount importance to make the choice of CBD (specifically full spectrum chamber extracted CBD oil) to mitigate and prevent hepatic steatosis. Indeed, there are several other compounds that make up the cannabis plant. These include flavonoids and terpenes. These compounds will provide crucial assistance in the absorption and effective use of CBD.

Based on the concept referred to as the "entourage effect," it should be remembered that the entire cannabis plant is considered the strongest of any isolated chemical. In plain English, each of the cannabis compounds works together to generate its effects. The one thing to avoid is THC. It is a component of cannabis that promotes hepatic steatosis. THC is a CB1 receptor agonist. It directly opposes the benefits of CBD. This is why it is of the utmost importance to do everything possible to avoid CBD, which contains a level of THC higher than the norms regulated by the government authorities. Not complying with this is synonymous with worsening the situation of active hepatic steatosis. The recommendation focuses on the consumption of CBD from full-spectrum chamber extracts.

WHAT IS THE DOSAGE OF CBD OIL FOR HEPATIC STEATOSIS?

Beforehand, it should be noted that the dosage of CBD for hepatic steatosis is the same as for other conditions. However, there is a better way to know exactly what dose will work for you. Since cannabinoids affect each person differently, it is strictly advisable to always start with a low dose, specifically 1 mg per day. You can gradually increase from this base dose. To do this, take 1 mg and then increase by 4 mg per day. If you find that you are experiencing side effects such as drowsiness, lack of appetite or even nausea, it is recommended to gradually reduce the dosage until you reach the last dose that does not cause any side effects.

SHOULD WE CONSIDER A QUICK TREATMENT TO CURE FATTY LIVER DISEASE?

Certainly not! One should not plan a quick treatment for fatty liver disease. Being a chronic disease, long-term treatment will be much more effective.

WHAT ARE THE OTHER PROPERTIES OF CBD?

Aside from treating fatty liver disease, CBD can also cure diseases like depression and anxiety. Similarly, it has some therapeutic properties, such as anti-inflammatory.